What is written in all the materials, the word “asphalt” began to appear in English only in the 18th century, when crude oil became popular.

For this reason, the Greek word “ασφαλτοσ (asphaltos)” was established in English as a foreign language.

In ancient Greece, natural asphalt was used to secure bricks of a building against falling.

By its origin, it is said to be a variation of the Greek words “a- (not)” and “sphállesthal (fall down)”, meaning that it is hard and firmly fixed.

Its property is that it is an adhesive in itself and impermeable to water.

Various materials were used as adhesives, such as glue using gelatinous material extracted from the bones and skins of animals and lacquer that does not have a chemical effect when used in mouths. Asphalt was ideal for use on items that were subject to strong force since it had a strong adhesive.

Asphalt, which is refined from modern oil, is a plastic (the property that it permanently deforms when deformed by applying force), and its softness can be controlled by mixing it with aggregate.

It is strong against acids, alkalis and salts. It is a semi-solid at room temperature, but it dissolves easily when heated, and it also dissolves in volatile oils, allowing water to be emulsified.

In the Nihon Shoki, which is the cornerstone of Japanese history, there is a record that in July 668, the 38th Emperor Tenji, “burning-soil (nature asphalt) and burning-water (oil) were presented from the country of Koshi”.

The country of Koshi is said to have been a wide area including Echizen, Etsuchu, and Echigo.

At that time, it was customary to present to the Emperor if there were unusual items, and it seems that the mined burning-soil and burning-water were presented to the Emperor.

In a study conducted later, this country of Koshi was found to be the area around Kurokawa, in Tainai City, Niigata Prefecture, and recognized as Japan’s oldest crude oil offering site (from historical background and geopolitical knowledge). Regarding burning-soil, there were various theories because there was a document that said “coal”, but it is said that it was asphalt due to its relationship with crude oil.

Asphalt is produced in the oil deposit area on the Sea of ​​Japan side.

It seems that it was often used to bond arrowheads and arrow shafts. From the Sannai-Maruyama site, many arrowheads with black asphalt marks at its base about 5000 years ago have been excavated.

On the other hand, at the Toyosaki N site in Hokkaido, from the end of the middle Jomon period (about 4000 years ago) to the beginning of the latter half (about 3000 years ago), deep-pot earthenware containing asphalt lumps was excavated.

The use of asphalt during this period is used not only to fix an arrowhead to an arrow shaft, but also to repair earthenware.

(Although the story is warranted, the asphalt at that time was found to be from Tsukinoki, Akita Prefecture, as a result of analysis, and it is an important material when considering trade during the Jomon period.)

The asphalt was also excavated from the Toyosaki B site located in the same Toyosaki district, and traces of an abalone shell were confirmed on this, and it is also known that the abalone shell was used as a container.

The place has changed, and an asphalt processing workshop remains have been found at the Mako B site in Hakodate, Hokkaido. Since a pallet (earthenware piece) for painting melted asphalt is also unearthed, it can be seen that there was a specialized technical group that processed a large amount of asphalt stored and even used it.

According to another theory, the roots of Japanese natural asphalt are Showa-machi in Akita Prefecture.

It is the Toyokawa oil field. “Kusodo”, which means asphalt in ancient times, is also used as a place name.

(By the way, petroleum is called “kusozu”. There is Kusozu Onjoba, the oil field, in Niigata Prefecture.)

Natural asphalt has come into widespread use in the Tigris-Euphrates river basin around 3800 BC, in the ancient Mesopotamia civilization that was born in present Iraq.

Needless to say, it was an oil-producing district.

Naturally, natural asphalt was also abundant, and people used it to “glue things together”.

The fixing strength of natural asphalt made it possible to build a building technology that was amazing at the time.

“The Tower of Babel” that appears in the Old Testament is said to be the prototype of the story that was handed down among the people of ancient Mesopotamia civilization. Its existence has been confirmed in “Babylon,” the capital of the Ancient Babylonian Empire.

“Pasting” and “sticking” can also create new value. It started with natural asphalt.

The most diversified products are currently used for road paving (see photo below). 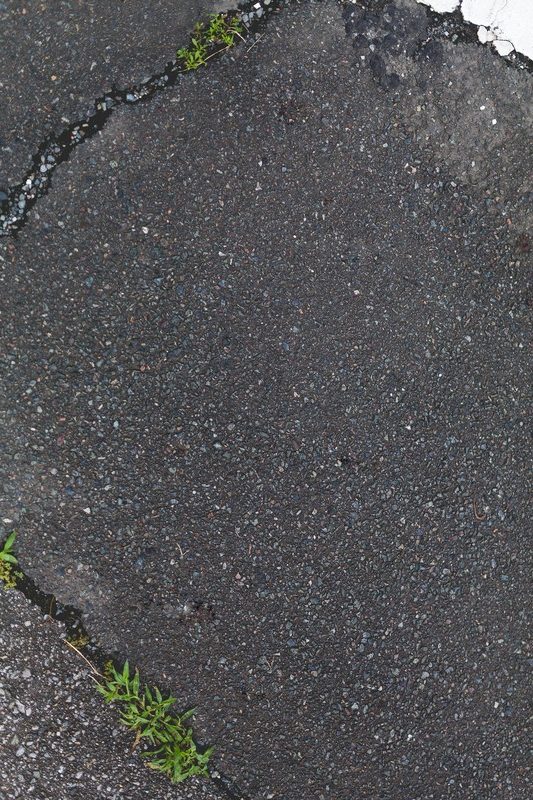 It is said that asphalt came into full-scale use for road paving after the discovery of rock asphalt (lumpy natural asphalt that permeates porous limestone and sandstone).

(I said that asphalt was used to bond road bricks in the Babylonian era, but it is for adhesion purposes only, not pavement.)

In the mid 1800s, M. Merian, the rock asphalt mining engineer in Switzerland, found that pieces of rock asphalt spilled from a cart during transportation were crushed and tamped by the wheels of the cart to create a naturally good road surface.

Asphalt other than adhesion and paving

About 7000 years ago, a female portrait of natural plaster made by the Mesopotamians was painted with natural asphalt to make their hair look black.

Asphalt is still used today for corrosion protection of metals, rust prevention and coloring of armor, buildings such as temples, and lacquerware such as Aizu and Wajima. And asphalt is applied as a preservative to mummies in Egypt.

There is a town called Asphalt on Kentucky Route 655 in the U.S. I searched for the origin of the name of the town, but it did not come out.

Instead, I got lots of photos of road paving companies and paving sites.

The topic of asphalt has become long, but it is black and sticky coal tar paint that is easily mistaken for asphalt.

Coal tar is a by-product of coke made by steaming coal, and was created in modern times. According to English Wikipedia, it was invented around 1665 and used for medical purposes in the early 1800s.

Coal tar was discovered around 1665 and used for medical purposes as early as the 1800s.

(It was used because of its bactericidal properties.)

In ancient Greece, tar was produced from wood. The gas that comes out when wood is steamed is cooled to become a liquid, and over time, it is divided into two layers: wood vinegar (top) and wood tar (bottom). From the Middle Ages to modern times, wood tar was always painted on wooden hulls and sails for the purpose of waterproofing and preventing corrosion. The number one customer was the British Navy. 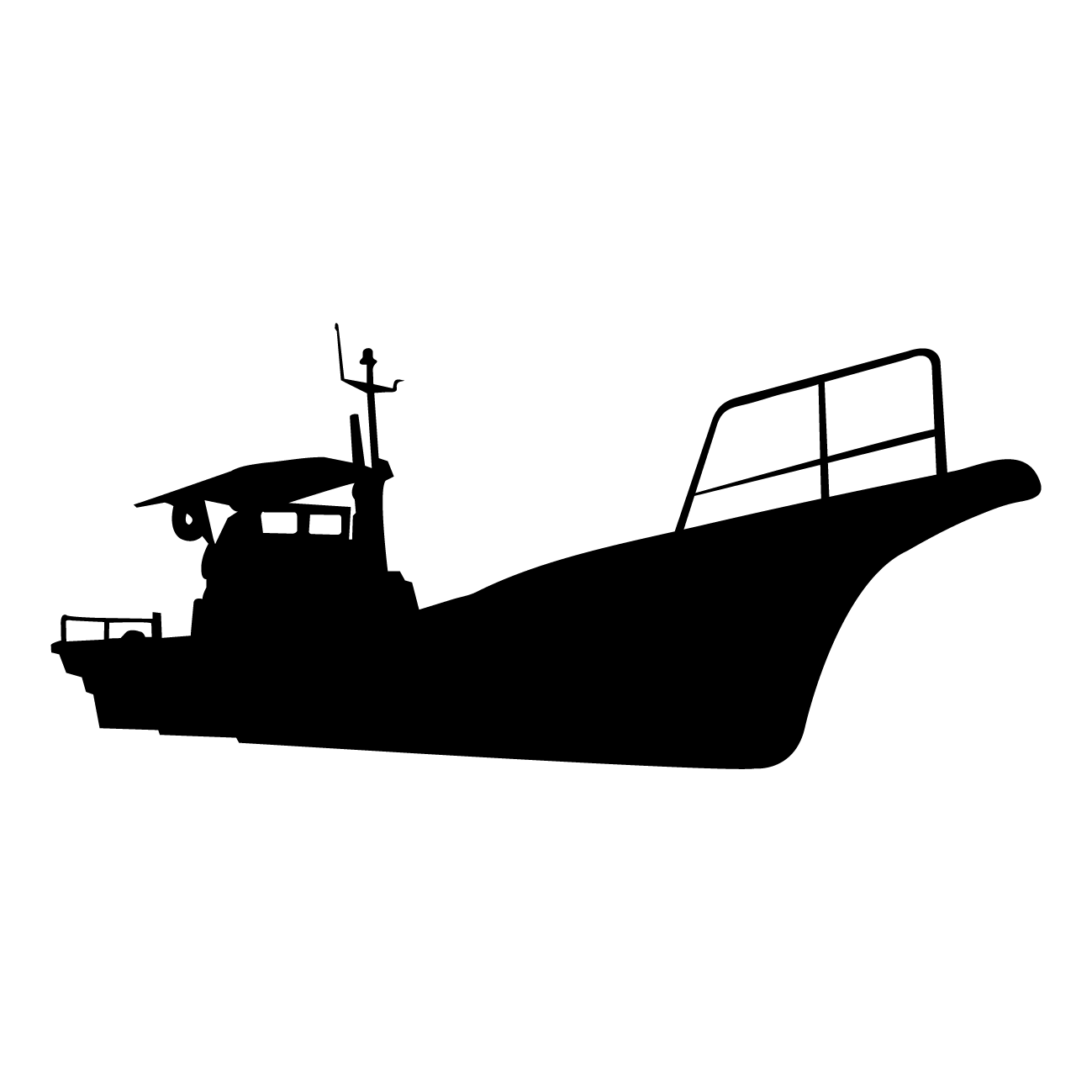 It is said that the name comes from the word “tar,” which refers to a substance derived from the wood and roots of pine in Northern Europe. The vikings also used it, who traveled not only to the North Sea and the Atlantic Ocean, but also to the Mediterranean Sea and scribbled on the Istanbul mosque.

People made a hull water resistant with moss soaked in tar. It seems that a hull was painted with tar in fall and left in a hut so that the tar would dry during the winter. Winter in Scandinavia is extremely cold, and I wonder if it will dry properly. Will it dry if the humidity is low?

The representative of “Sanyo Tar Co., Ltd.”, which produces coal tar in Okayama Prefecture, says that coal tar is the father of paint. I want to ask, “then what is the mother of paint?”