When there was no water heater for hot water, at the end of the New Year holidays, I washed the lacquered heavy box that had been filled with osechi dishes with water, wiped off moisture and fingerprints when drained, and put it in a linen bag. After that, I put it in a box and put it away. (Now it is said that you can wash it with lukewarm water.)

The appearance of storing this heavy box is also written in “Sutekina Anata Ni” written by Shizuko Ohashi, a model of the Japanese television drama series “Toto-Nee-chan”. In this work, the author uses a Japanese towel has been used for many years and washed many times.

A loose cotton cloth, a linen cloth, and a cardboard box are all ideal for maintaining an appropriate humidity environment. Not only does the box prevent dust, it also has the purpose of covering the weakness of lacquer coating, which is weak against ultraviolet rays.

Originally, it is best to polish and remove water every time you use lacquer, but since you do not use the heavy box every day, it remains in the box.

Since tap water contains calcium chloride (lime chloride) for sterilization, it is necessary to wipe off the moisture thoroughly so that the surface will not remain white when dried. Especially if the lacquerware is black, the remaining white of the khaki will stand out.

The history of lacquer

If you look up the history of Japanese paint on the Internet, you can find many of the following descriptions.

“Japanese paint begins with Paleolithic lacquer (Urushi) coating. There is a lacquered container in a basket woven with a wooden vine, and asphalt was used as an undercoat.”

Originally, lacquer was used as an adhesive when making hunting and warrior equipment.

After that, however, the characteristic of lacquer is found that the durability is improved by coating the surface. It is resistant to hot air, humidity, temperature change, acid, alkali and insects.

The first paint in Japan was lacquer, but it seems that Japan was the first country to use lacquer as a paint.

It is believed that the origin of lacquer comes from “Uruwashi” (beautiful and comfortable) and “Uluos” (wet and luxurious).

We would like to introduce some of the remains where lacquerware was excavated.

Located in Minamikayabe, Hakodate City, Hokkaido, this site is famous for excavating the history of Japanese lacquer.

The six lacquer ornaments unearthed here were confirmed by radiocarbon dating in the United States to be approximately in the first half of the Jomon period in 9,000 BCE.

The earliest known Chinese lacquer ware was around 7,500 BC, and it turned out that the Japanese lacquer culture began earlier.

At the Torihama Shell Mound in Wakasa, Mikata Town, Fukui Prefecture, a “red lacquered comb” from the Jomon period was discovered. It is a short comb with 9 teeth and is made from a single board of camellia.

The high-level painting technology that was hard to imagine from the Jomon period shocked the experts.

According to the report, “it was a crimson comb at the moment of discovery, but when it was exposed to the air 5,000 years later, it turned into a dark red color.” You can see that the storage condition was good.

There are other pottery and wooden dishes found in this shell mound, but any of them makes us imagine for the high level of technology at the time.

It is milky when freshly sampled, but immediately turns brown when exposed to oxygen.

This state is called “raw lacquer”. 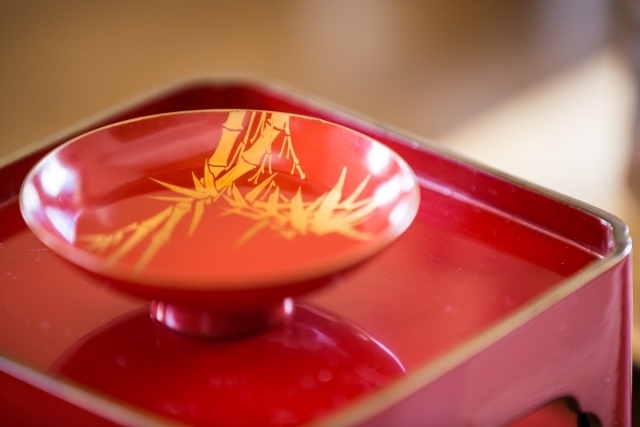 This raw lacquer is refined to make “transparent lacquer” and mixed with colored powder to make “colored lacquer” (red lacquer or black lacquer).

This red pigment is also made by crushing mineral substances such as “cinnabar sand” (mercuric sulfide) appeared in a recently popular manga called “Houseki No Kuni”.

Tan is originally vermilion sand, which is a raw material of mercury. Nyu-gun, Fukui Prefecture, is a place where you can collect “tan (vermilion)” ore. “Nyu” once means “where red sand (cinnabar sand) is produced,” and there are still several places, shrines and rivers named “Nyu” all over Japan in despite of the merger and absorptions of towns since the Meiji era.

Modern paints are basically composed of resins, pigments and solvents, but lacquer is different from those paints in composition and setting method.

Modern paint is diluted with a solvent so that it can be spread easily. When it hardens, the solvent volatilizes first and then the resin hardens. This is the same for bituminous asphalt that has existed since ancient times.

“Urushiol”, which is the main component of lacquer, takes in oxygen from the water in the air and polymerizes by the action of the enzyme “laccase”, which is alive in the same lacquer liquid.

This causes hardening of the lacquer.

The habitat of lacquer trees is from East Asia to South Asia, and lacquer ware is produced according to the habitat.

In Europe, we have come up with new techniques such as varnish and shellac in order to produce ourselves, because of the beauty and durability of lacquer ware imported from the East.

Varnish is a paint in which a natural resin or artificial resin is dissolved in an oily solvent or a volatile solvent.

Shellac is a natural animal resin obtained by purifying the secretions that cover the body of laccifer lacca. It is thermosetting and has excellent electrical insulation properties, and it is also used as the raw material for coatings for electrical insulation and shellac varnish. The male of laccifer lacca resembles an aphid. This insect parasitizes in Bodaiju (linden).

It seems that these techniques developed in various places in parallel with the development of other paints in the process of transition from medieval alchemy to pure chemistry. 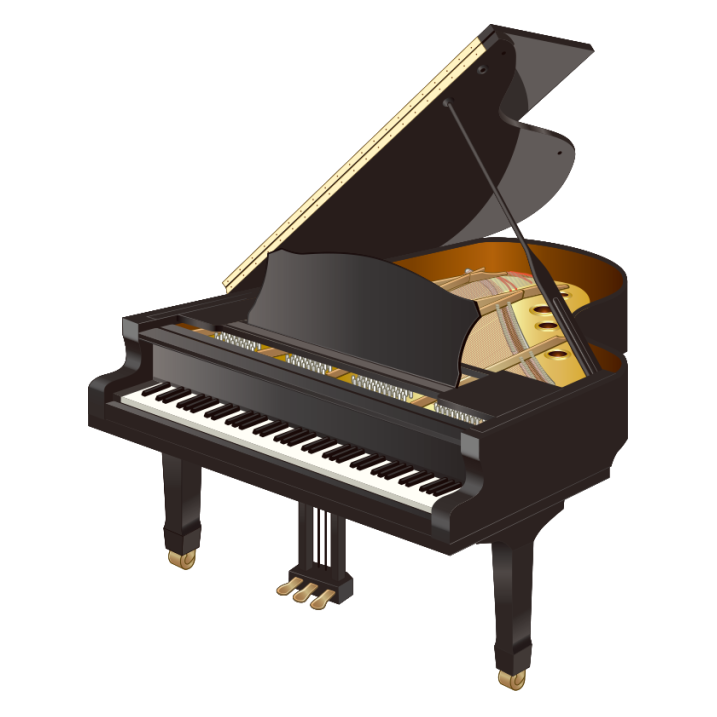 Nonetheless, for the mirror finish of the piano, if it was applied with varnish, the quality was overwhelmingly poor compared to the finish of Roiro (lacquer). Therefore, a new “polyester resin paint” was developed and a mirror finish method was created.

The base is coated with lacquer, polished with charcoal, and then polished with “abrasive powder”. The surface is smooth and mirror-like.

Cashew paint was made from cashew nut shell of sumac family

The Japanese lacquer-based synthetic resin paint, which was invented in 1948 by Kashu Co., Ltd. in Japan and has obtained a patent, is oil-based lacquer type cashew paint.

Cashew paint is mainly composed of “cardanol” obtained by distilling and refining the liquid of the cashew nut shell that protects the fruit.

This paint has the feature that it can be spray-painted and has excellent mass productivity because it can be dried at room temperature.

However, cashew paint does not pass the Food Sanitation Act, so there is also a weak point that it cannot be used for tableware.

Inspection that the synthetic resin such as urethane applied to the tableware does not contain harmful substances (cadmium, lead), or whether the amount of elution from the coating film when using the tableware is below the national standard.

Elution inspection: Inspection of elution products when immersed in a certain test solvent that is determined for a certain area, for tablewares, at 95 ° C (or 60 ° C) for 30 minutes